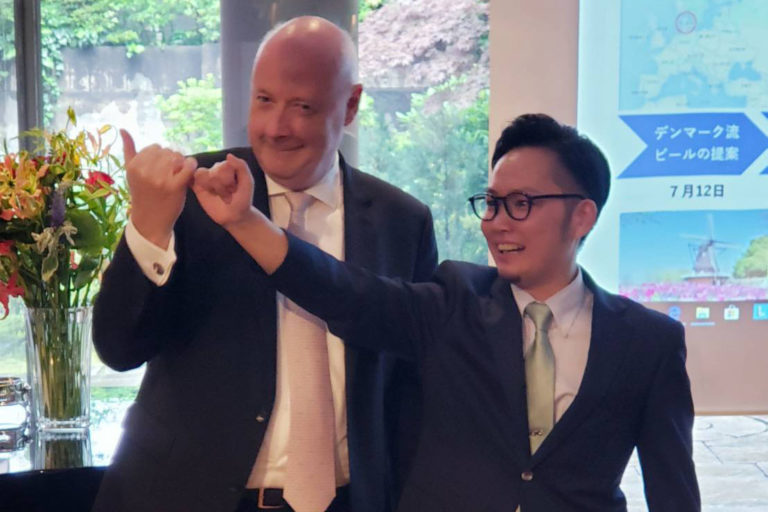 Today, our president went to the Danish Embassy for a special lunch with members of the Youth Department of Funabashi Chamber of Commerce and Industry (hereafter, Funabashi YEG).

In 2017, our president was invited to attend a reception party commemorating the 150th anniversary of the establishment of diplomatic relations between Japan and Denmark. At that time, Freddy Sveine, the current Ambassador of the Kingdom of Denmark to Japan, who we are indebted, was going to be retired. 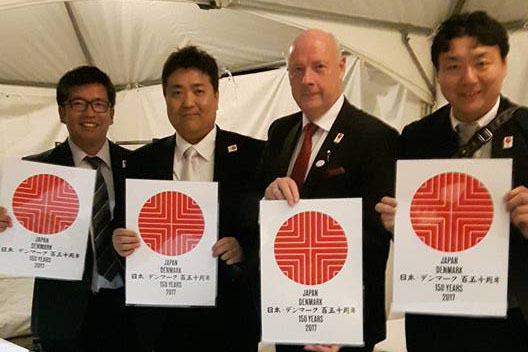 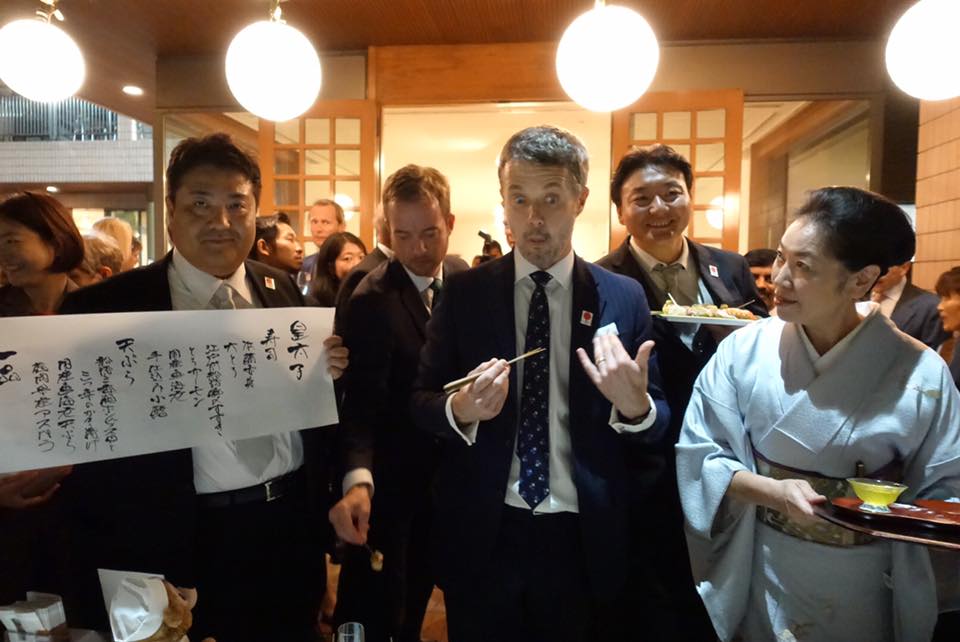 Just as The Chairman of Funabashi YEG’s Kirakira Future Planning Committee, Yudai Iwai, asked me if our president wanted to do a project that would create an opportunity for Funabashi citizens to learn more about Denmark, so when our president introduced Keiichi Yamamoto, head of ProFood Co., Ltd. (Funabashi Brewery), who treated them together at the 150th anniversary party of friendship, the plan for “Danish Friendship Beer” was launched.

This time,  I was allowed to make a presentation to get the approval of the ambassador.

As a result, the ambassador was willing to approve and received a letter of recommendation. 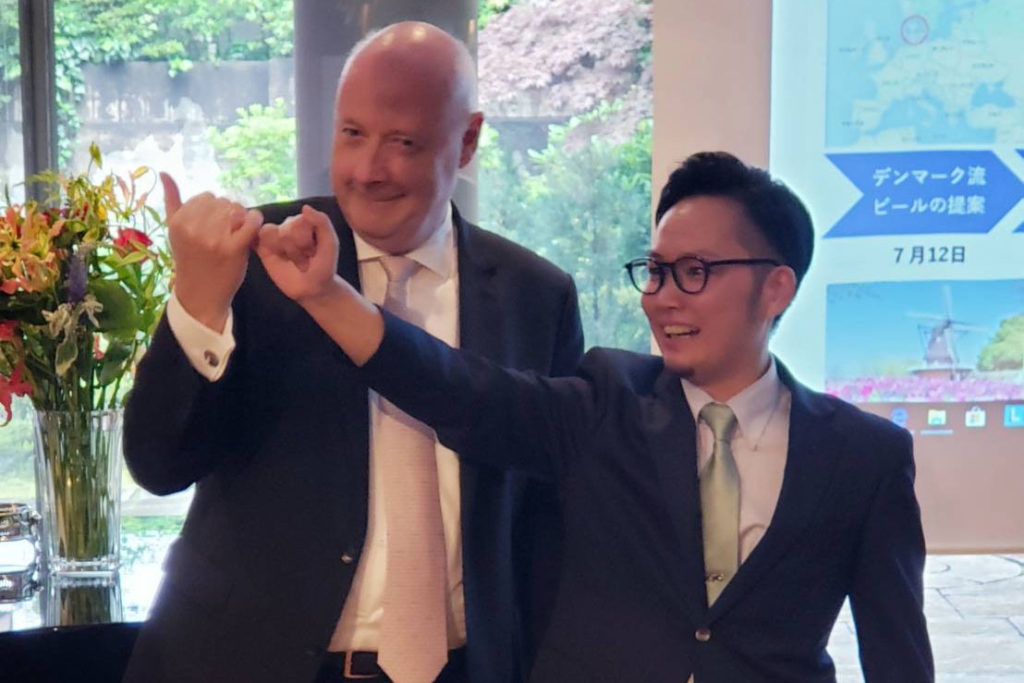 Everyone at Funabashi YEG, please do your best to make friendly beer from now on. We will also support the team!